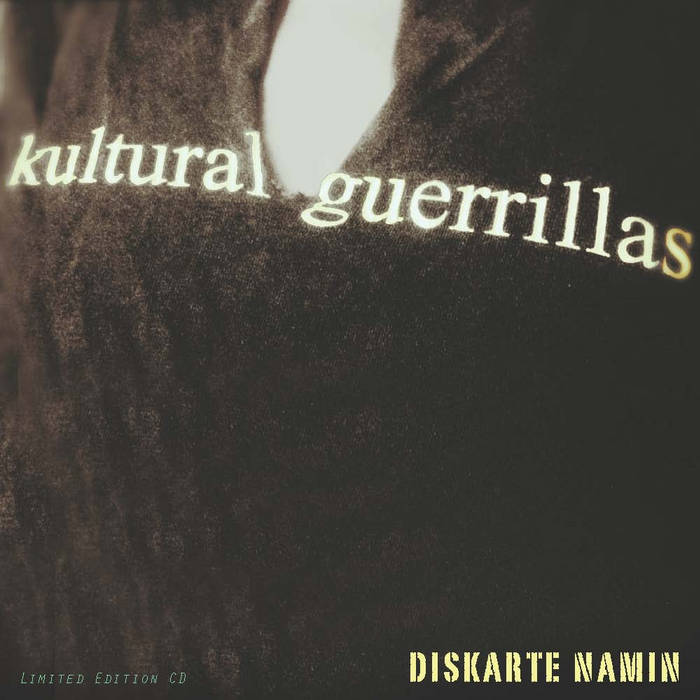 In 1999, DiskarteNamin arose from the underground of San Francisco’s political organizing and music scenes. One of the only U.S.-based Filipin@ music and movement bands of this generation, Diskarte has rocked shows at rallies and community music venues while also actively organizing in Bay Area communities for immigrant rights and against the wars in Afghanistan, Iraq and at home.

Twelve years later, Diskarte -- along with the likes of Aztlan Underground, Quetzal, Native Guns, Kiwi, Power Struggle and many others -- is known as one of the voices of Bay Area and Los Angeles resistance culture of the 2000s.

San Francisco-born but bred on resistance music from all over the world, Diskarte mixes rock guitar with Latin and hip hop beats, reggae and funk basslines, folk blues and soul vocals, and indigenous influences from the Philippines. The result is a unique “Diskarte” sound that defies traditional music categories.

Diskarte has served as part of the cultural arm for Filipin@ activist groups Committee for Human Rights in the Philippines(CHRP )and BAYAN USA. As a band of “Kultural Guerrillas” - community activists and musicians - Diskarte uses music as a weapon to mobilize, to inspire, and to celebrate that even after 500 years of colonization – Filipin@s are still here.

Not only are we still here, we are growing all over the world. From the Philippines to Singapore to Saudi Arabia, from the UK to Canada to the United States, Filipin@s are a growing diaspora of workers and families separated by imperialism and corporate globalization.

Many of us are fighting for the basic human rights of decent work, fair pay, and cultural, political and economic sovereignty for our people.
Diskarte’s music is for these millions of kababayans, as well as for the millions more fighting for survival and a more just world.

From Chican@ campaigns for cultural sovereignty and immigrant rights, to Indigenous fights for land and water rights; from the decolonization and land rights struggle in Palestine to the ongoing freedom struggle of African Americans; and from the democratic uprisings in the Arab world and beyond to global struggles for migrant workers’ rights and climate justice - Diskarte’s music is inspired by and dedicated to all of these movements for radical change.

DiskarteNamin is made up of 6 kultural guerrillas: Paul Bolick-Mausisa on bass, guitar and vocals; TheBrownCommander on vocals and rhythm guitar; Jen Soriano on vocals, keyboard and hand percussion; Juan Calaf on lead guitar and bass; Tony Daquipa on drums and congas; and Dakota Witka on congas and cajon. The album also features MCs Raymond Saico Castillo of the Kasamas and Jime Salcedo Malo, and kulintang players Ron Quesada of Kulintronica and Ryan Leano. Others who have been part of Diskarte include Mike Cual, The Ricker, Jeff Gunabe, Mia Villanueva and Irene Duller.

We dedicate this album to the memory of BJ Alisago, Diskarte’s co-lead singer, kulintang player, dancer, tae-bo ninja and best friend. We will not forget you, Manong.

In 1999, DiskarteNamin arose from the underground of San Francisco’s political organizing and music scenes. Bred on resistance music from all over the world, we mix rock guitar with Latin and hip hop beats, reggae and funk basslines, folk blues and soul vocals, and indigenous influences from the Philippines. The result is a unique “Diskarte” sound that defies traditional music categories. ... more

Bandcamp Daily  your guide to the world of Bandcamp

Khruangbin and Greg Foat stop by with their amazing new LPs.